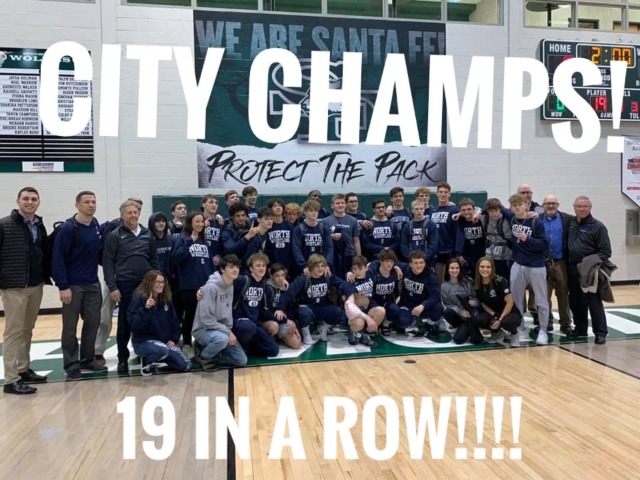 In a back and forth first dual, the Huskies found themselves trailing Memorial 31-27 going into the last match. The Huskies needed senior Trey Bowman to get a fall, or at least a major decision to tie the match up. Tying the match would give the Huskies a win because of an unsportsmanlike called against Memorial earlier in the dual.

It ultimately didn't have to come to that. With under a minute left in the match, Memorial's wrestler was given his 5th stalling call of the match and was disqualified. This gave the Huskies 6 points and a 33-30 victory after another team point was taken away from Memorial after the match was over because of another unsportsmanlike.

North then took care of Santa Fe quickly 73-0 in the final dual of the night to claim their 19th straight city championship.

The Huskies hope to take some of the momentum of their city championship into the weekend where the will be competing for a conference championship in the COAC Tournament being hosted by Southmoore.
PRIVACY POLICY | © 2020 MASCOT MEDIA, LLC