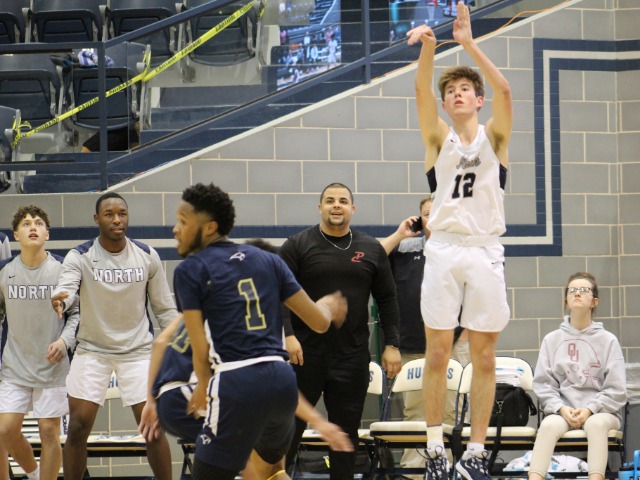 Edmond North's boys basketball team continued their hot play on Tuesday night with a huge against 6A's #1 ranked Southmoore Sabercats. The Huskies took a 3 point lead into halftime, and used a huge 26 point 4th quarter to take down the Sabercats. North hit 10 out of 12 free throws in the final quarter to help seal the 77-69 win.

As a team, North hit 11 3's on the night and were led by Dalante Shannon and Landry Harris who both scored 16 points. Joell Wilson and Sam Walker both had 14. Abraham Aghasedo was key on defense, frustrating Southmoore's Sam Godwin and holding him to just 14 points.

The win pushed North's record to 15-4 on the season, and it was their 11th win in their last 12 games. Their next game will be on Friday night when they travel to Stillwater to take on the Pioneers.
PRIVACY POLICY | © 2020 MASCOT MEDIA, LLC